Get fresh music recommendations delivered to your inbox every Friday.
We've updated our Terms of Use. You can review the changes here.

From Jerusalem to Rome 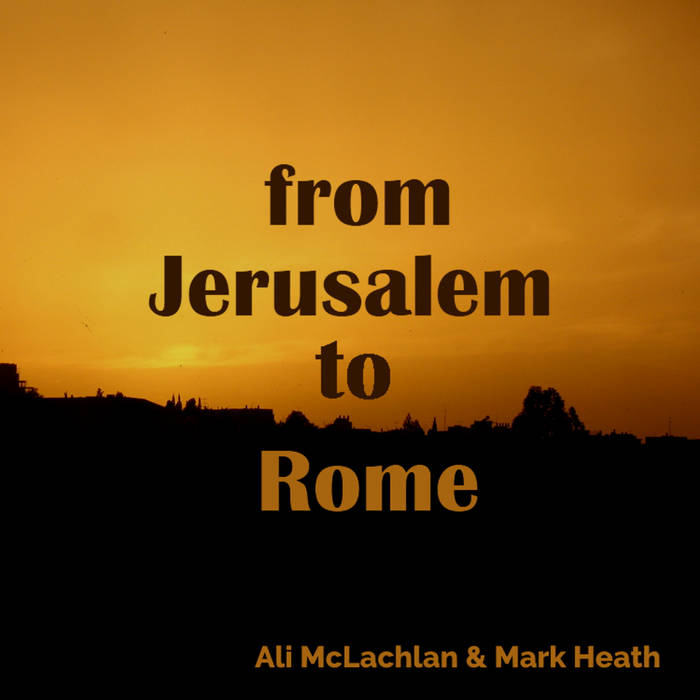 In 2001, Ali approached me with 13 songs he had written, and we recorded the vocals in my bedroom to click tracks and minimal backing. Time was tight as he moved to the middle east shortly after. Fortunately, Ali is an excellent singer with an incredible vocal range and a great ear for harmonies, and we got plenty of good takes down in just a few evenings recording.

My task was then to attempt to arrange and record some backing instrumentation, in an attempt to do justice to his songwriting and vocal skills. My limited abilities and experience as a multi-instrumentalist, producer and mixer mean that the recordings you find here are rough around the edges. It has taken me far too long to get them all into a releasable state, and in many ways I'd like to go back to each one and make improvements. But its about time that I drew a line in the sand and published them. I hope you find as much enjoyment from listening to them as I did recording them.

The unifying concept of the album is the life of the apostle Paul, a remarkable man, driven by a passion to spread the message of Jesus to everyone he could, regardless of the suffering that entailed. His courage and determination resulted in the gospel spreading at a rapid pace across the Roman empire, all the way from Jerusalem to Rome.

Bandcamp Daily  your guide to the world of Bandcamp

Quelle Chris joins the show to discuss his most recent release, "DEATHFAME"